When the title of the series you are about to watch is called eromanga sensei, I wasn’t sure what I was getting my self in to and would even enjoy if I would enjoy it with the ero in the title.

The verdict. Yes it was all right but would I continue with it, I am a bit unsure. The concept was entertaining enough.

Masamune Izumi who is a light novel author who still attends high school, as well he takes care of his shut in sister who he has not seen her for an entire year. By taking care I am mean that her brother has to make meals for her, as she does not leave her room. Obviously sick of this Masamune really wants to see his sister again. Going more in to the story will spoil the outcome of this episode.

Created by A1 Pictures, which some of you may know that I am a big fan of the studio. I am always interested on what they create and enjoy the animation they create majority of the time. I do like the style they create, I remember I had a discussion on this when a while ago when some people didn’t think the studio had it’s own uniqueness of animation but we will agree to disagree. You may think that and if so I would love to hear about it.

ClariS sings the OP for this series but I am sure what was shown was the ED with the OP song. I might be wrong but will have to wait for the next episode. 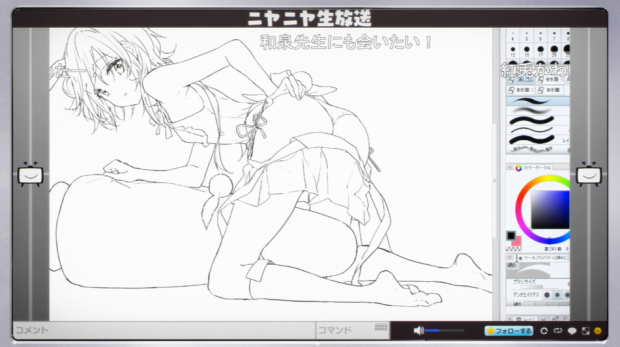 I do hope that this series won’t just turn out more ero (pervy) in later episodes, the ero that was shown in this first episode was not over the top and I didn’t have a problem with it while watching it with the story.

It has some Comedy, Drama and from what I have read it’s a romance and could turn in to a harem. If you were interested in any of these genres then I would recommend you giving the first episode a watch.

If you would like to watch this series, you can do so on Crunchyroll.

If you enjoyed this episode impression and want to help me create more content,
please consider giving me feedback, sharing this post around so that I know that you enjoyed this content from me and would like to see more.